Can I Challenge the Revocation of My Security Clearance Based on Racial or National Origin Discrimination? 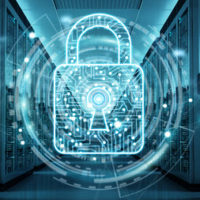 It is extremely difficult to challenge the revocation of a government security clearance in court. The U.S. Supreme Court and lower federal courts have long held the judiciary has no inherent authority to “review security-clearance determinations,” which are ultimately a discretionary function exercised by the President of the United States and other executive branch officials. That said, the power to deny security clearances may be subject to some level of judicial review if there is evidence that the executive branch’s actions violated the Constitution.

The U.S. Court of Appeals for the District of Columbia Circuit recently reviewed a security clearance case involving just such a constitutional claim. While the plaintiff here was unsuccessful, at least one judge took the opportunity to explain how executive branch policies regarding security clearances may be challenged if they are motivated by racial or national-origin bias. This is particularly noteworthy given the current administration has come under fire for a number of policies purportedly reflecting such biases.

This case, however, actually began during a prior administration. In 2006, the Federal Bureau of Investigation revoked the security clearance of a special agent, who is the plaintiff here. The FBI said the plaintiff made unauthorized use of a government database for personal reasons. Although the plaintiff admitted to his misconduct and asked for leniency, the Justice Department’s Access Review Committee (ARC)–a three-member body charged with overseeing security clearances for the FBI–affirmed the agency’s decision to revoke.

The plaintiff subsequently sued the Department of Justice and the FBI, alleging a number of due process and constitutional violations. Of note here, the plaintiff said he was the victim of unconstitutional discrimination. Specifically, he said that as a Muslim he was punished more harshly than non-Muslim FBI agents who committed similar security clearance violations. He also alleged the ARC illegally treated his Pakistani family members as “foreign influences.”

Judge David S. Tatel, a member of the D.C. Circuit panel, wrote separately to explain that, in his view, if the plaintiff had presented a “viable” equal protection claim, it would not be barred by Supreme Court precedent. While federal courts normally must abstain from reviewing security clearance decisions, Tatel said that would not necessarily apply to cases where an employee is “treated differently based on his religion and his family’s national origin,” i.e. a situation where “the government has a policy or practice of treating Muslims or naturalized citizens differently.”

Get Help From a Maryland Security Clearance Lawyer

Given the recent increased attention paid to race and national origin discrimination, it is critical to remain vigilant for signs of government actions that may run afoul of the Constitution. And if you are a government employee whose security clearance is under review or threat or revocation for any reason, it is important you seek advice from qualified counsel. To speak with an experienced Maryland security clearance lawyer, call the offices of Henault & Sysko, Chartered, today at 410-768-9300.