Can One Adversely Possess Riparian Rights? 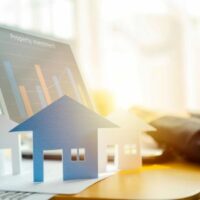 The concept of adverse possession is one based in common law, which means it dates back to medieval England. It allows someone who is technically a trespasser on land to acquire legal title to it if they have been occupying it and maintaining it for a period of time (in Maryland, 20 years). Adverse possession claims are enforced both under the state’s relevant statute and based on case law in Maryland. However, disputes continue over whether land has to serve a certain purpose or meet certain criteria before it can be adversely possessed. A 2020 case in the Court of Special Appeals helps to clarify this type of matter.

In 2004, Appellant bought a condominium in Cambridge Landing, which came with a boat slip. The slips were constructed in the early 1980s, and while the plans for the community’s marina showed an intended width of 14 feet, 7 inches for each slip, this was not the eventual dimensions upon completion of construction. Between 1982 and 1984, when the property was photographed by the U.S. Army Corps of Engineers, the slips’ width was uncertain, which means that there is no proof that either owner knew or should have known that the slips’ measurement was not correct.

In 1996, the company which owned the riparian rights to the water surrounding Cambridge Landing ceded them (subject to licenses that boat slip holders possessed) to the Council of Unit Owners. Riparian rights are the rights of a landowner – or licensee – over a natural body of water on their land and the right to make ‘reasonable use’ of it. Boat slip owners have a license to use the riparian rights owned by the Council. The Council began, after that point, to require slip owners to maintain their slips “as constructed,” at least in terms of size and use, and it was the slip “as constructed’ that Appellant purchased in 2004.

Despite his purchase in 2004 with the language on the documents, Appellant stated he only acquired ‘actual knowledge’ of the slips’ different sizes in the year 2010, when he became a member of the Council. Even with this knowledge, however, he did not file his complaint until 2016. The complaint sought relief (equalizing the slip spaces, plus a declaratory judgment that the slips were intended to be equal) and a permanent injunction against moving the mooring piles ever again.

The District Court denied these requests, arguing that it was impossible to prove that the slips were not constructed in the manner they appeared in at that point (in other words, that the boat slips had not been constructed to be unequal from the beginning), and that even if such information was available, Appellant’s claim was blocked by both the statute of limitations and laches (that is, Appellant’s delay was found to have benefited the Appellee).

In addition, the Court of Special Appeals found that while the doctrine of adverse possession need not necessarily apply (adverse possession as a doctrine normally only applies to land, not water space), the situation is “so analogous” to an easement or to adverse possession that the same doctrines should apply. What this means is that because Appellee and her predecessors-in-title have been using the full 19 feet of slip space for more than 20 years (since at least 1996, if not earlier), they are entitled to retain its use.

Landowners (or owners of riparian rights) can lose their exclusive ability to use what they believe is yours, if they are not careful with how they maintain their property. If you have questions or concerns about your property rights, particularly if you worry about adverse possession, contacting a Maryland real estate attorney from the firm of Henault & Sysko Chartered may help to ease your mind and get your questions answered. Contact our offices at (410) 768-9300 to speak to an attorney today.