Can the Police Frisk Me If I’m Just Sitting in My Car Minding My Own Business? 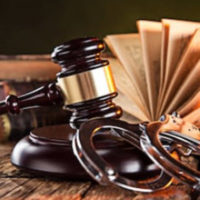 When facing serious criminal charges, you have the right to challenge the means by which the prosecution obtained any evidence against you. The Fourth Amendment protects you against unreasonable search and seizure. This means that if the police conducted an illegal search of your person or property, any evidence obtained cannot be used against you at trial.

For example, if the police want to frisk you to see if you have any illegal weapons, the officers must first form a “reasonable suspicion” that you might be “armed and dangerous.” The police cannot search you just because they feel like it. And while the “reasonable suspicion” standard is not a strict as the burden of proof in a criminal trial, there must still be some “specific and articulable facts” justifying the frisk.

The Maryland Court of Appeals recently affirmed this principle in a decision, Thornton v. State, where it held a trial court should have excluded evidence recovered in an unconstitutional frisk of a criminal defendant.

This case began when three Baltimore city police officers were on patrol one afternoon in what they described as a “high drug area.” The defendant was sitting alone in his car with the engine turned off. The defendant was parked across the street from his house. He was technically parked in an illegal position, due to the fact construction work had “interfered with ordinary parking,” according to the trial court.

The officers initiated a traffic stop to cite the defendant for his illegal parking. The officers proceeded to question the defendant “for approximately 30 to 40 seconds” but did not issue a parking citation. The officers described the defendant’s demeanor during this encounter as “laid back” and that there was “no indication of verbal aggressiveness” or “disobedience” on his part.

Before the trial court, the defendant moved to suppress the handgun as evidence, arguing it was the product of an unconstitutional frisk. The trial judge denied the motion. The Court of Appeals reversed however, finding that under the facts presented, the officers “failed to particularize an objectively reasonable basis for believing that Petitioner was armed and dangerous.” While “furtive gestures” can form the basis for a constitutional search, here the appeals court found the officers’ description of the defendant’s actions prior to the frisk “little more than an inchoate and unparticularized hunch that [the defendant] was armed and dangerous.”

Get Help from a Maryland Criminal Defense Lawyer Today

Never assume that just because the police ask to search you that they have valid reasons for doing so. This does not mean you should attempt to flee, like the defendant in the case above, or act in a defiant manner towards the police. Rather, it means you should remain silent and contact a qualified Maryland criminal attorney as soon as possible. Call Henault & Sysko, Chartered, today if you are facing state or federal criminal charges and require immediate assistance.