Can Unresolved Financial Issues from My Divorce Impact My Security Clearance? 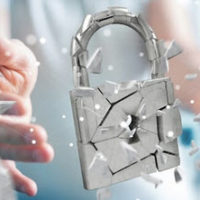 Delinquent debts are frequently cited as a reason by government agencies to deny or revoke a security clearance. The source of the debt is less important than identifying what positive steps the security clearance applicant took to “mitigate” any security concerns raised by his or her financial problems. This means that if your job depends on a security clearance, you need to make every effort to keep your finances in order.

Consider this recent decision from the Department of Defense’s Defense Office of Hearings and Appeals (DOHA). The applicant in this case applied for a security clearance in connection with his job as an IT manager for a defense contractor. The applicant was previously married from 1995 to 2010, and again from 2012 to 2014. Both marriages ended in divorce.

In fact, it was the applicant’s 2010 divorce that managed to cause problems with his security clearance. According to the applicant, the terms of his first divorce required him to pay “child support, alimony, and the mortgage-loan payment for his marital home.” This amounted to roughly 60 percent of his salary, an obligation the applicant said he could not meet.

In addition, there were a number of marital debts outstanding at the time of the 2010 divorce. The judge overseeing the case recognized this, and advised the parties to “cooperate in any efforts to reduce or resolve” these debts, which could include filing for bankruptcy. The applicant, however, said he did not wish to file for bankruptcy because he feared it would negatively affect his security clearance. (The applicant also had previously filed for bankruptcy in 1999.)

The Department of Defense (DOD) denied the applicant’s request for a security clearance in 2017, citing “financial considerations.” The applicant maintained that most of the debts cited by the DOD were the byproduct of his first divorce. In a written statement, the applicant told the DOD and DOHA that he thought most of the alleged debts had been “forgiven” when his creditors purportedly ceased collection activity.

But DOHA ultimately upheld the DOD’s denial. The DOHA administrative judge noted the applicant’s prior bankruptcy, the fact he managed to incur significant debt after said bankruptcy, and most importantly, his failure to properly deal with his marital debts. Even if the divorce judgment did not require the applicant to pay all of the marital debts personally, the judge noted he still “had a legal obligation to resolve those accounts and did not do so.” The applicant may have viewed bankruptcy as undesirable for his security clearance, but the judge said he still needed to take some “affirmative steps to resolve the debt.” And even now, the judge said the applicant’s finances were not “under control,” citing the fact he had more than $67,000 in outstanding consumer debts.

The federal government is not in the habit of granting security clearances to individuals with a demonstrated history of financial irresponsibility. But that does not mean every unpaid bill will jeopardize your clearance. An experienced Maryland security clearance lawyer can review your case and offer you advice on what steps to take next. Contact the offices of Henault & Sysko, Chartered, at 410-768-9300 to speak with a member of our legal team today.