Can You Be Held Personally Liable for a Debt Incurred by the Previous Owner of Your House? 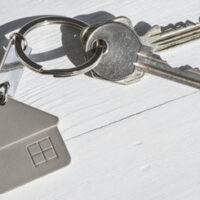 When you purchase real property, you need to be aware of any covenants that may impose restrictions on your use or enjoyment of the land. Covenants often “run with the land” itself, meaning the restriction is conveyed to any subsequent owners. At the same time, just because a covenant appears in a deed, that does not necessarily mean it is legally binding.

A recent decision from the Maryland Court of Special Appeals, HC Utilities, LLC v. Hwang, illustrates what we are talking about. This case revolves around a housing development in Howard County. In 2005, the original builder filed a declaration with Howard County land records. The declaration stated the builder would provide the property with “water pipes, sewer pipes, and connection lines for water and sewer facilities,” under an agreement with Howard County. The builder would then recover these costs from the people who subsequently purchased the completed homes. In other words, the declaration sought to create a covenant running with the land.

The builder later assigned its rights under the declaration to H.C. Utilities, LLC. In 2006, the builder sold one of the homes on the developed property. Ten years later, the owner lost the property to foreclosure, which resulted in its sale to a new owner.

H.C. Utilities then sued the new owner in 2017, alleging she was personally liable for nearly $13,000 in utility charges under the original 2005 declaration. The new owner contested this. And a Howard County judge actually sided with her, finding that although the declaration did impose personal liability on the new owner, her obligation to pay the debt was “extinguished” by the foreclosure on the prior owner.

By its own admission, H.C. Utilities was not asserting a “lien” against the property in question. Rather, it claimed it had a contractual right under the declaration to recover the utility charges from the new owner. The flaw with this argument, the appeals court explained, was that there was no “legally binding contract” between the parties. Indeed, the Court said its “own research has failed to uncover any Maryland authority recognizing that the type of declaration at issue here constitutes a legally binding contract giving rise to personal liability.”

The main issue was that the new owner never signed anything in writing where she “expressly assumed any obligation” incurred by the previous owner. A contract normally requires the express consent of both parties. Here, the declaration was only signed by the builder, who later assigned their rights to H.C. Utilities.

In Maryland, a rule known as the “Statute of Frauds” also prevents the enforcement of this type of declaration as a contract. The Statute of Frauds requires a written agreement signed by both parties when the contract deals with real property or takes more than one year to complete. Here, the declaration cited by H.C. Utilities failed to meet either requirement.

When buying a home, you may find yourself open to a number of restrictive covenants or other obligations incurred by the previous owner. But as the case above illustrates, not all of these restrictions will be enforceable in court. This is why you should always work with an experienced Maryland real estate attorney before entering into a purchase or sale. Contact Henault & Sysko, Chartered, at 410-768-9300 today to schedule a consultation.