Could Medical Debts Cost Me a Security Clearance? 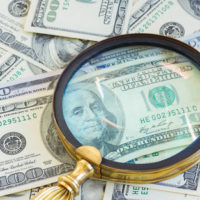 We have all heard horror stories about medical debt destroying a family’s finances. The U.S. spends more per person on healthcare than any developed nation on earth. And even with the passage of the Affordable Care Act, medical debt still forces thousands of Americans to seek bankruptcy protection every year.

Medical debt can also pose a problem if you are employed by the government or a government contractor. Even many low-level positions require some level of security clearance. And any kind of outstanding debt may be held against you in a security clearance determination. From the government’s standpoint, unpaid debts are a potential red-flag indicating that you may be “untrustworthy” or susceptible to outside influence that would compromise national security.

Department officials raised concerns about granting a security clearance due to the applicant’s outstanding debts. Specifically, the applicant reported $12,900 in “delinquent debt.” The overwhelming majority of this debt was “medical in nature,” incurred primarily during the birth of one of her children.

The applicant acknowledged most of the debts were valid. She told the DOD that due to the nature of the debt, she was unable to consolidate certain debts, requiring her to make separate repayment arrangements for each individual debt. But given her limited income–the applicant only makes $9.21 per hour in her present job and has no health insurance or medical leave benefits–she “cannot commit” to such an aggressive repayment schedule. However, the applicant said she was unable to consolidate other parts of her medical debt and is presently making $50 monthly payments.

Given all this, a DOHA administrative judge determined the applicant had “mitigated” the Department’s financial concerns and should receive her clearance. The judge largely credited the applicant’s “good-faith effort to settle or satisfy multiple delinquent debts” despite her extremely limited income. Although the judge questioned the lack of additional evidence to explain the underlying causes of the applicant’s medical debt, he nevertheless found the applicant’s “genuine desire and intention of addressing the delinquent facts” to weigh in her favor.

Need Help Making Your Case for a Security Clearance?

One thing to note here is that DOHA does not look at all debts the same way. Getting into debt due to unforeseen medical expenses is one thing. But if the applicant had, say, lost $12,900 due to gambling, the judge would have been significantly less likely to “mitigate” the Department’s concerns. Facts and context always matter in a security clearance proceeding.

This is why you should always work with an experienced Maryland security clearance lawyer before presenting your case to DOHA. Call the offices of Henault & Sysko, Chartered, at 410-768-9300, if you need advice or assistance today with any government security clearance matter.