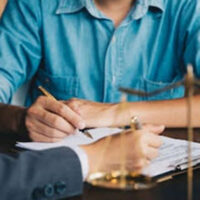 When it comes to contracts, most people do not think about the specific language unless there is a dispute. For example, when a builder and a homeowner sign a construction contract, there are a number of clauses that specify each party’s respective obligations. In an ideal world, the construction goes smoothly and nobody needs to think about what might be in the fine print.

But if something goes wrong, you may need to call an experienced Maryland real estate attorney to help you sort out the mess.

A recent decision from the Maryland Court of Special Appeals, McLaughlin v. Huhra Homes, LLC, illustrates the types of construction contract disagreements than can lead to litigation.

The defendants in this case are a married couple who hired the defendant to build them a house in Harford County. The parties signed a construction contract that “promised delivery within 150 days.” For their part, the defendants agreed to a “draw schedule” for making payments to the plaintiff at certain specified points during the construction process.

Several months into construction, the defendants complained about mold in the basement of the still-unfinished house. A few months later, there was storm damage at the construction site, which led to even more mold. Due to this and “other construction issues,” the defendants sought arbitration under the terms of the contract. The arbitration never took place, however, and eventually the plaintiff finished construction and obtained a temporary occupancy permit.

The defendants refused to authorize the final payment to the plaintiff, which prompted the litigation. The plaintiff sought a mechanic’s lien against the property and damages for breach of contract. A trial was held before a Harford County judge, sitting without a jury, who ruled in favor of the plaintiff.

The judge noted the contract itself contained an explicit “Mold Disclosure Provision.” In simple terms, the builder offered no warranty with respect to any mold that might exist in the house. The defendants therefore assumed legal responsibility for removing the mold. More to the point, the defendants could not withhold the plaintiff’s payment on such grounds. The judge therefore awarded approximately $24,000 in damages to the builder.

On appeal, the defendants argued they should still not have to pay the builder because it failed to meet a “condition precedent” in the contract. Specifically, the contract required the plaintiff to obtain lien waivers from all of the key subcontractors on the project. Such waivers are designed to protect homeowners from the risk of the general contractor not paying its subcontractors.

But while it was true the plaintiff never obtained such waivers, the Court of Special Appeals said it did not matter. The defendants already paid all of the subcontractors themselves. There was therefore no subcontractor who could file a lien, and thus “no need for the protection of the lien waiver provision.”

It is always a good idea to carefully review any construction contract before you sign it. Do not wait until something goes wrong to figure out how the contract will–or will not–protect your interests. If you need advice or assistance from an experienced Maryland real estate lawyer, contact Henault & Sysko, Chartered, today to schedule a consultation.