Do Certain Real Estate Liens Take Precedence Over Others’ Claims To The Property? 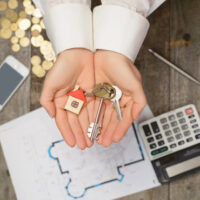 Normally, the process of selling off real property is one that takes not days, but weeks or even months, depending on how many issues arise. This can be a surprise to some people, but sometimes, speed is of the essence, especially if they are trying to sell their property in order to pay off debts. A piece of real property may be encumbered by liens, taxes or other judgments, and if someone calls in a lien before a sale is concluded, the contract of sale may be voided.

Court of Special Appeals Rules On Moment Of Equitable Conversion

A decision from the fall of 2020 shows just how crucial the timing of a sale can be. The case of Hamilton v. Rottenberg, et al. involves a seller, Hija Son Carmel, who entered into a contract for Murray and Geraldine Rottenberg to purchase a certain parcel of real property, located in Chevy Chase, Maryland. The property was, at the time, encumbered by several liens, to the point where the sale proceeds would not be sufficient to meet the amount owed, but the contract of sale proceeded nonetheless, with the Rottenbergs closing on the property in October 2017.

At roughly the same time as the Carmel-Rottenberg contract of sale was being ironed out, Carmel was involved in a lawsuit with Dennis Hamilton over an unrelated debt. Hamilton won a monetary judgment against Carmel less than one week before the Rottenbergs closed on the Chevy Chase property, and Hamilton argued that his judgment should become a judgment lien on Carmel’s remaining assets, including the Chevy Chase property. The Rottenbergs instead filed an action to quiet title in the relevant county.

When real property is sold, there is a point where equity (fairness, which may not always follow the law to the letter) begins to treat the buyer as the owner, even if not every I is dotted or every T is crossed. The issue for the Court of Special Appeals in this matter was to discern that moment, because the timing of the property’s equitable conversion will affect whether Hamilton’s judgment lien attaches to the Chevy Chase property or not.

The court examined the contract of sale and determined that the best benchmark to use to determine its timing would be to assess the point at which the buyers (the Rottenbergs) could have been granted specific performance – that is, which point in time could the buyers have taken possession of the property exactly as specified in the contract. There was a financing contingency in the contract – namely, that the contract would be completed once the Rottenbergs were able to secure specific financing – but the court held that this provision was fulfilled in August 2017, when the contract was entered into, which was two months before Hamilton’s lawsuit was decided. As a result, Hamilton’s judgment lien was created too late to attach to the Chevy Chase property, because equitable conversion happened in August 2017.

Determining the moment of equitable conversion of property may not always be as relatively straightforward as in the Rottenberg matter. If you have questions or concerns about liens or other potential encumbrances on property for sale, it is a good idea to contact an experienced Maryland real estate attorney to discuss your options moving forward. Our firm of Henault & Sysko Chartered has years of experience in these matters, and we are happy to put the knowledge we have acquired to work for you. Contact our offices today at (410) 768-9300 to speak to an experienced Maryland real estate attorney.