I Forgot to File My Tax Return. Will This Hurt My Ability to Get a Security Clearance? 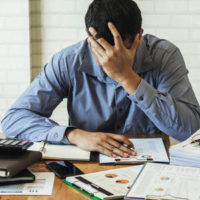 One of the major reasons individuals have difficulty obtaining or retaining a security clearance is what the Department of Defense (DOD) labels “financial considerations.” Typically, this involves situations where the applicant has a lot of outstanding debts. If you have trouble paying your bills on-time, the DOD sees that as a sign that you are unable to “live within your means,” and may not be a reliable or trustworthy individual who can be trusted with state secrets.

DOHA Denies Clearance Due to Applicant’s History of “Financial Problems”

Another warning signal for the DOD is applicants who have not filed all of their federal and state income tax returns. In a recent case, the DOD’s Defense Office of Hearings and Appeals (DOHA) rejected a security clearance application on precisely these grounds. Indeed, the DOHA administrative judge noted the applicant had a long history of financial problems that weighed against his trustworthiness.

According to the evidence submitted at the hearing before DOHA, the applicant is a U.S. Navy veteran who worked for a defense contractor as a program analyst. The applicant first obtained his security clearance in 2005 while still serving in the Navy.

But starting sometime in 2006, the judge said the applicant experienced “financial problems” when he “bought a new car that he could not afford.” This car and another vehicle were later repossessed by the lender. The applicant and his wife also went through what might be charitably described as an acrimonious divorce–she had an extramarital affair with a “registered sex offender,” and he was demoted by the Navy for the “assault and attempted kidnapping” of his wife.

More relevant to the instant case, however, was the applicant’s failure to file federal and state income tax returns for the years 2012 thru 2015. The applicant admitted these failures were the result of his own “absolute negligence.” He also acknowledged an outstanding $8,000 tax debt arising from his divorce. In their separate 2011 returns, the applicant and his wife each claimed their children as dependents. The IRS ordered the husband to repay the $8,000 refund he received for his claim.

The judge noted that as of the hearing date, the applicant still had not filed his past-due tax returns, nor did he provide any documentation that he was paying off the $8,000 debt. Given his “repeated failures to fulfill his legal obligation to timely file tax returns,” the judge said the applicant demonstrated a “lack of the good judgment and reliability required of those granted access to classified information.”

In applying for a security clearance, the DOD will go over every aspect of your personal and family finances with a fine-tooth comb. Any failure to pay your outstanding debts, or file your tax returns, can and will be used against you. If you need help from a qualified Maryland security clearance lawyer in making your case to DOHA or the DOD, contact the offices of Henault * Sysko, Chartered, today at 410-768-9300.