Make Sure You Nominate The Right Trustee 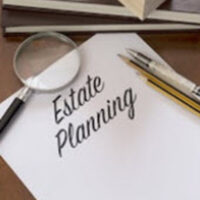 A trust is one of the most common estate planning tools used in the U.S. today, partly due to its adaptability to any number of situations. A trust may be revocable or not, inter vivos (“living”) or not, and it may be aimed at specific beneficiaries. However, a trust, no matter how well executed, may become a problem if the trustee you choose fails to perform their required duties. A case from the Court of Special Appeals underlines the necessity of choosing a trustee you can rely on to execute your wishes.

Mary Rayman, the matriarch of the Rayman clan, passed away in 2014, leaving behind two sons and two grandsons. Her assets were mostly in trust for her beneficiaries, and her grandson, Joe Rayman III, was designated successor trustee upon Mrs. Rayman’s passing. However, he and his uncle Wayne eventually began to dispute the disposition of several assets. In 2015, Wayne filed suit against Joe, originally for an accounting of the trust and to remove Joe as a trustee. Later on, he amended his complaint to allege a litany of misdeeds on Joe’s part. The allegations included misrepresentation, negligent misrepresentation, breach of fiduciary duty, and unjust enrichment, among others.

The Court of Special Appeals was asked to rule on the disposition of several assets, including a life insurance policy, an interest in a family business, and multiple bank accounts. An individual determination was made for each of the assets, but in dispute after dispute, the Court found that Joe was in the wrong, and had in fact misappropriated funds from the trust or otherwise failed to distribute them. Perhaps the clearest example was in dealing with the bank account known as the Second Wells Fargo Account.

Regarding that account, Joe had taken an “executor/trustee fee” of $25,557, citing a Maryland law that allows a trustee to take commissions for ‘administering a trust.’ He also withdrew what he called a “holdback” fee of $30,000, ostensibly to reimburse himself for repairs made to the condo owned by the Trust. However, the Court of Special Appeals disallowed both of these payments. The ‘trustee fee’ was ruled to be impermissible because while Maryland law does permit a trustee to take commission in this situation, the same law also includes a table of rates for commission, as well as requirements to provide notice to any other trustees. Joe did not follow this procedure.

The “holdback” fee was also disallowed, simply because Joe did not use the $30,000 to make the repairs and modifications to the condominium as he had stated; rather, he attempted to use it to fund his legal defense in this action! Joe argued that the terms of the Trust permitted him to reimburse his legal fees from Trust assets because his uncle sued him in his capacity as Mrs. Rayman’s trustee. The Court held that the Trust might have permitted that if proper procedure had been followed – but since Joe withdrew the money specifically for condominium expenses, he could not unilaterally then decide to use it on another expense.

While the disputes over Mrs. Rayman’s assets were largely settled by the Court of Special Appeals, the case remains as a cautionary tale to ensure that you choose your trustees wisely. If you need help dealing with your own trust and estate planning, contacting a Maryland estate & succession planning attorney from the firm of Henault & Sysko Chartered is a good first step to take toward ensuring your plan is exactly as you want it. Call our offices at (410) 768-9300 to speak to an attorney.