What Happens When The Police “Only Pretend To Honor” Your Right To Remain Silent? 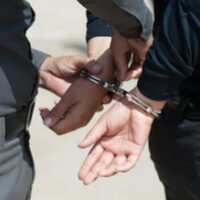 One of the bedrock principles of criminal law is that a suspect always has the right to remain silent when questioned by law enforcement. Indeed, if the police start to interrogate you and you invoke your right to silence, the questioning must stop immediately. Of course, police often look for ways to get around a suspect’s invocation of their rights, and some of these tactics cross the line of what the U.S. Constitution permits.

The Maryland Court of Special Appeals recently addressed just such a situation. In Soares v. State, a jury convicted the defendant of illegal drug possession. A key to this conviction was the defendant’s own admission to police that cocaine found in his home belonged to him.

But on appeal, the defendant successfully argued that the police obtained this confession illegally. Specifically, the defendant invoked his right to remain silent. Yet the interrogating detective tried to do an end-run around this by telling the defendant, “We’re trying to move past you in our investigation” and then asking him if the cocaine belonged to the defendant’s wife. At that point, the defendant confessed the drugs were his alone.

To put it mildly, the Court of Special Appeals was not pleased with the detective’s tactics. The appellate court concluded that the detective “pretend[ed] to honor” the defendant’s right to remain silent “by formally ending the interrogation of the appellant in his capacity as a suspect.” The detective then used the words “move past” in an attempt to make it seem like he was now questioning the defendant merely as a witness to his wife’s potential criminal activity. The Court said this “sleight-of-hand did not honor” the right to silence.

Making matters worse, the defendant had to speak through an interpreter. His native language is Portuguese. Another officer served as translator during the interrogation. As the Court explained, when interpreters are used in these situations, they are simply there to facilitate the exchange between the officer and the suspect. The interpreter must be “scrupulously neutral” and “never become an actual participant in a three-party exchange.”

The problem here was that the officer-interpreter did not simply facilitate a two-party exchange. Rather, he “was concluding as to what the [defendant] was thinking and understanding and choosing, rather than confining himself to reporting the actual words of the [defendant].” This created some confusion with respect to the defendant’s invocation of his right to silence. In particular, the interpreter relayed to the detective the defendant’s statement that he “wants to go straight to the commissioner.” This refers to a defendant’s right to be “taken promptly before a District Court commissioner” for arraignment. The defendant understood his request to go straight to the commissioner as an invocation of silence and for the interrogation to end. But the detective–relying on the officer-interpreter’s not-quite-literal translations of the defendant’s responses–continued the questioning.

Ultimately, the Court of Special Appeals found the detective committed multiple violations of the defendant’s rights. As a result, the Court overturned the defendant’s conviction. The defendant could be tried again in theory, although the illegally obtained confession would not be admissible in any re-trial.

The right to remain silent is absolute. Once you tell the police to stop asking questions, they must honor that request. Of course, you also have the right to counsel. So if you are facing any kind of charges and need the assistance of a qualified Maryland criminal attorney, contact Henault & Sysko, Chartered, today to speak with someone right away.