What Is a “Confidential Relationship” When It Comes to Maryland Estate Planning? 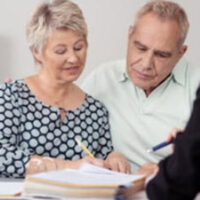 When it comes to estate planning, Maryland law imposes a heightened duty on anyone deemed to be in a “confidential relationship” with the person who is making the plan. For example, an estate planning attorney is always in a confidential relationship with their client. This means the attorney must act in the client’s best interests, not their own.

But a confidential relationship can also exist among family members. Perhaps an adult child helps an elderly parent manage their household or finances. Even in these situations, the child must take care not to exercise what the law would consider “undue influence” over the parent. Let’s say the child convinces the parent, who is ill and requires constant care, to sign a new will naming that child as the sole beneficiary of the parent’s estate, excluding any other children. A judge might look at this situation and decide the child abused their confidential relationship with the parent to secure a better inheritance for himself and invalidate the will.

At the same time, the mere existence of a family relationship does not always equate to a “confidential relationship” that carries a presumption of fraud or undue influence. Take this recent decision from the Maryland Court of Special Appeals, Paige v. McCorkle. This case involved a probate dispute between the mother and fiancée of a deceased man (the decedent).

The decedent and his fiancée lived together from 2002 until his death in 2013. In June 2012, doctors diagnosed the decedent with a rare blood disorder, which led to his death 13 months later. The decedent entered hospice care a few weeks before his death. Shortly before this happened, the decedent added his fiancée as a joint owner on his bank accounts. This meant the fiancée would automatically assume sole ownership of the accounts after the decedent passed away; they would not pass as part of his probate estate.

After the decedent’s death, his mother sued the fiancée, alleging “constructive fraud, conversion, and constructive trust.” Essentially, the mother argued the fiancée abused her confidential relationship with the decedent and improperly influenced him to leave the assets described above to her. Although a jury ruled in the mother’s favor, the trial judge set aside the verdict and granted judgment to the fiancée, holding there was insufficient evidence of a “confidential relationship.”

The Court of Special Appeals agreed with the trial judge and dismissed the mother’s appeal. The Court noted the mere existence of a “quasi-marital” relationship, like the one in this case, did not automatically create a presumption of a confidential relationship. More to the point, the evidence submitted at trial demonstrated the decedent “was, generally, an independent person who did not entirely rely on [his fiancée], or any other particular person for that matter, with regard to the sorts of decisions at issue in this case.”

It is not unusual for individuals to make changes in their estate plan over time. But it is generally not a good idea to wait until you are suffering from a terminal illness to make significant changes that may lead family members to question your actions. That is why it is best to speak with a qualified Maryland estate & succession planning attorney sooner rather than later. Contact the offices of Henault & Sysko, Chartered, today to schedule a consultation with a member of our estate planning team.