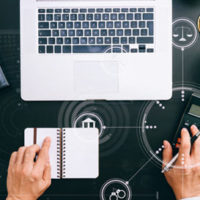 Many Americans find themselves in a financial pinch where they cannot pay their taxes on-time. If you work in a normal job, this may not be a big deal; you simply pay the additional penalties and interest and go on with your life. But if you work in a position that requires a federal security clearance, unpaid tax debt can mean the difference between keeping and losing your job.

Consider this recent decision from the Defense Office of Hearings and Appeals (DOHA), the Pentagon’s legal services branch, which reviews decisions to deny security clearances. This case involves a woman (the applicant) who has worked for a defense contractor for several years. She has also maintained a security clearance for over 20 years.

The applicant faced a hurdle during her most recent attempt to renew her clearance, however, due to some outstanding tax debt. According to DOHA, the applicant and her husband started experiencing tax “problems” in 2006, and by 2009 the couple found themselves unable to pay their taxes at all.

The applicant told DOHA that the problem began due to an “oversight.” More precisely, the applicant said she and her husband failed to notice that taxes were not being withheld from their respective pay. The applicant said her husband “managed the household finances,” and that she never bothered to review her own pay stubs, which would have led her to discover the tax problem earlier.

The applicant’s husband told DOHA that there was no “specific event that prevented them from paying their taxes” on-time, although the applicant’s “health issues” might have been a factor. But the husband effectively admitted that he simply failed to “pay close attention” to tax issues in the past. But he added that since 2015, he has made “consistent payments” towards resolving their outstanding debts.

This was not good enough for DOHA. Although an administrative judge did credit the applicant with the steps taken towards paying her taxes, the fact remained that she and her husband “have a 12-year history of tax problems, largely of their own making.” Indeed, it was only when the applicant “was faced with a loss of her security clearance” that the couple took action. The judge therefore concluded the applicant “had failed to show that her tax problems are under control” and declined to renew her security clearance.

If you work in a sensitive position that requires any type of security clearance, you need to make every effort to file and pay your taxes on-time. Among other things, this includes working with an experienced tax preparer and double-checking your own pay stubs to ensure an appropriate amount is withheld. And if you need further advice or assistance from an experienced Maryland security clearance lawyer, contact the offices of Henault & Sysko Chartered today at 410-768-9300 to speak with a member of our legal team.