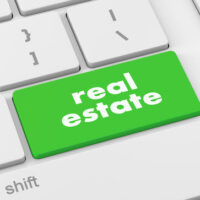 There have been many cases in Maryland real estate law where neighbors end up in court over the location of a fence. That is to say, the fence may mark a different boundary between the neighboring properties than what is actually reflected in the land records. If this “incorrect” boundary remains in place long enough, a court may end up ruling it is now the correct boundary.

In legal terms, this is known as “adverse possession.” Basically, if someone maintains “actual, open, notorious, exclusive, [and] hostile” possession of a piece of land for a “continuous or uninterrupted” period of 20 years, they are considered the lawful owner of the property under Maryland law.

What does all this mean in practice? A recent unpublished decision from the Maryland Court of Special Appeals, Edgecomb v. Mattingly, helps provide some answers. Like many adverse possession lawsuits, this one involved the placement of a fence between neighboring properties.

The parties to this case were two St. Mary’s County couples, the Edgecombs and the Mattinglys, who owned the respective properties. Several decades before the Edgecombs purchased their property, the previous owners constructed a wooden fence between their land and the Mattinglys. This fence was “near–but not quite on” the actual property line, according to the Court of Special Appeals.

The fence itself failed to enclose a total of 1,455 square feet that was part of the Edgecomb property. The Mattinglys subsequently treated this 1,455 square-foot parcel as part of their own property. They mowed the grass, planted trees and flowers, and decorated the area with lawn ornaments.

It was not until 2015 that the Mattinglys hired a surveyor who established the correct property line. The following year, the Mattinglys sued the Edgecombs to establish adverse possession. The Mattinglys argued they had continuously used the 1,455 square-foot area for more than 20 years and were therefore the rightful owners.

The Court of Special Appeals explained how the Mattinglys satisfied these three elements:

Even if you are not looking to start a fight with your neighbor over the placement of a fence, it is important to understand how these types of legal issues can affect your rights. If you need legal advice or representation from an experienced Maryland real estate attorney, contact Henault & Sysko, Chartered, today.