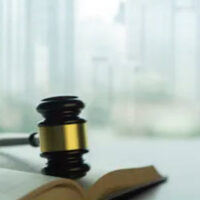 The purpose of any estate plan is to distribute your property according to your wishes. So what happens if someone interferes with those wishes? Many states have recognized a specific kind of tort claim known as “intentional interference with an inheritance or gift.” Indeed, just recently the Maryland Court of Appeals decided to recognize such actions as valid.

The case before the Court of Appeals, Barclay v. Castruccio, involved a long-running probate dispute between a widow and a beneficiary of her late husband’s estate. The beneficiary, Darlene Barclay, worked for various businesses owned by Peter and Sadie Castruccio.

Peter Castruccio came to regard Barclay as a member of the family akin to his daughter. Peter also apparently did not get along with his wife’s extended family. To that end, he drafted a will that ended up leaving most of his estate to Barclay.

After Peter’s death in 2013, however, Sadie filed multiple legal challenges contesting Peter’s will. At one point, she went so far as to try and initiate criminal charges against Barclay. None of these actions succeeded, but Peter’s estate was forced to spend time and money defending against Sadie’s lawsuits, which in turn reduced the size of Barclay’s inheritance.

On that basis, Barclay filed a separate lawsuit accusing Sadie of “intentional interference” with her inheritance. The Maryland Court of Special Appeals rejected the lawsuit, noting among other things that this state has never recognized such a tort. This prompted the Court of Appeals to take up the issue.

Basically, Maryland law has long recognized a tort claim based on “wrongful interference with contractual or economic relations.” The Court of Appeals therefore said it was “logical” to extend that tort to cover “interfering with an expected inheritance.” But the Court added a critical caveat: Since the interference involves “the relationship between the testator and a potential legatee”–i.e., the person making the will and the beneficiary–the “interference” must occur before that relationship ends, or when the testator dies.

In this case, Sadie’s alleged “interference” with Barclay’s inheritance came in the form of multiple lawsuits filed afterPeter’s death. Since Barclay’s relationship with Peter was over by this point, the Court of Appeals said she could not sustain a claim for intentional interference based on Sadie’s subsequent conduct.

This entire litigation stemmed from a disagreement between the Castruccios over how to handle their estate plan. If you want to avoid a similar fate for your own estate, it is best to work together with your spouse to fashion a joint estate plan that you can both accept. If you need advice or assistance from a qualified Maryland estate planning attorney, contact Henault & Sysko, Chartered, today at 410-768-9300 to schedule a consultation.